Repro-light, confirms that there is a dissatisfaction of European workers because of the lighting.

It is part of aproject carried out in several European countries in order to demonstrate that the majority of European workers find themselves in an unsatisfactory work environment due to lighting.

At the beginning of this year Repro-light made an account to workers from Germany, Spain, Italy and Austria. With the aim of assessing the lighting conditions of their jobs.

The survey also aims to find out how many of these workers are important to the design and style of lighting, since 50% under the age of 30 considered that the physical aesthetics of the luminaires is important to them.

The Repro-light project finally concludes that more than 90% of the respondents expressed that lighting can affect their emotions, 87% that it affects their performance and 92% that it influences their alertness.

As in EN 12464-1, it guarantees that a certain level of illumination is reached at the height of the workplace. 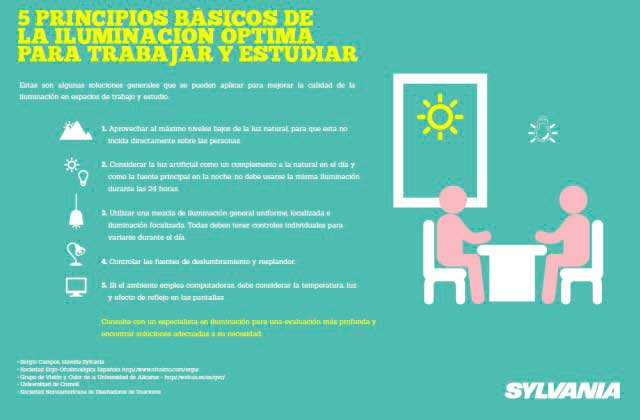 These are data that show how the impact of lighting affects the workforce in European countries. Therefore, changes are being claimed in workspaces, both in industrial spaces and in offices, and as the results of these surveys show, there is already a predisposition and adaptability on the part of all workers to face the changes that are required to replace lighting, is more among their requests is the design of the luminaires, automation and the ability to adjust to meet their needs in this way productivity and general well-being are promoted, causing greater performance and benefit both for workers and for the business.

The Repro-light project, as part of the European Commission’s Horizon 2020 work program, will now move on to the next phases of research and design to develop a “Luminaire of the future” that will strive to meet all user needs. And LUXES as a designer and distributor of luminaires is committed to change and claims change. 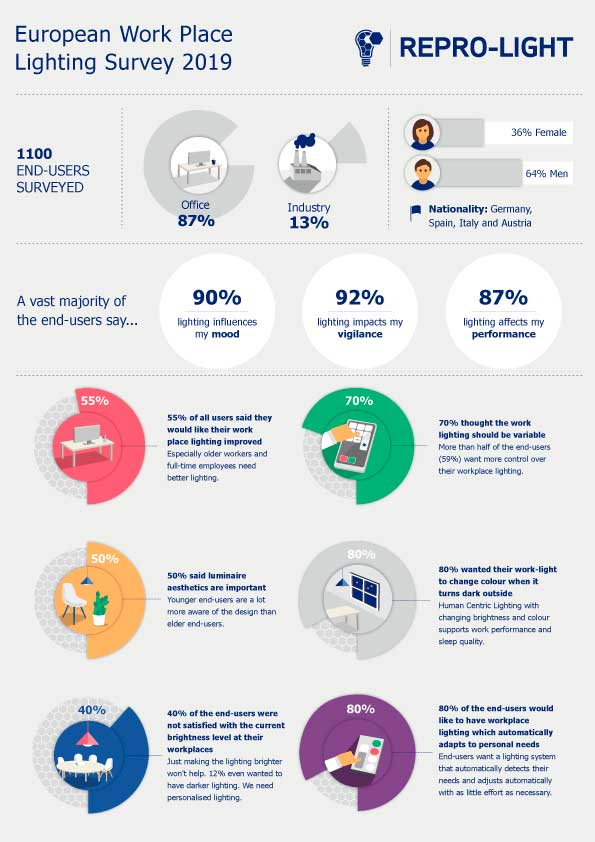