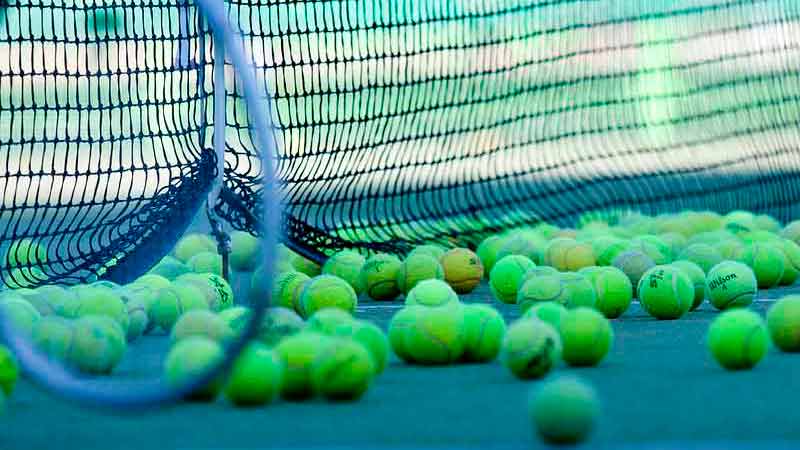 The illumination on tennis courts will be uniform and in a way that does not hinder the vision of the players, the referee team nor the spectators. Tennis is a high-speed sport. The lighting levels and the direction of light on the balls and on the players are critical. In flight, the ball may be temporarily out of sight due to the glow of light sources or a low contrast background. Proper post placement and orientation are essential for good visibility.

It will comply with the standard UNE-EN 12193 “Lighting of sports facilities” and will have the following minimum levels of lighting:

Any luminaire shall be located in the part of the roof that is directly on the rectangle of the field extended to 3m behind the bottom lines to avoid glare.


For color TV retransmissions and movie recording a vertical illuminance level of at least 800 lux is required. However, this value may increase with the distance from the camera to the object. For more information, please refer to the cited standard.

In courts to the outside the following minimum levels of lighting and glare maximums (GR) will be indicated in the mentioned norm:

For lighting on tennis courts, the PROTÓN luminaire is recommended, guaranteeing up to 70% less power consumption than traditional light sources, and multiple mounting and orientation options.

The PROTON series is the perfect solution both for general lighting and indoor and outdoor sports. With state-of-the-art LED technology and high-performance drivers, the PROTON series outperforms traditional products in many ways.