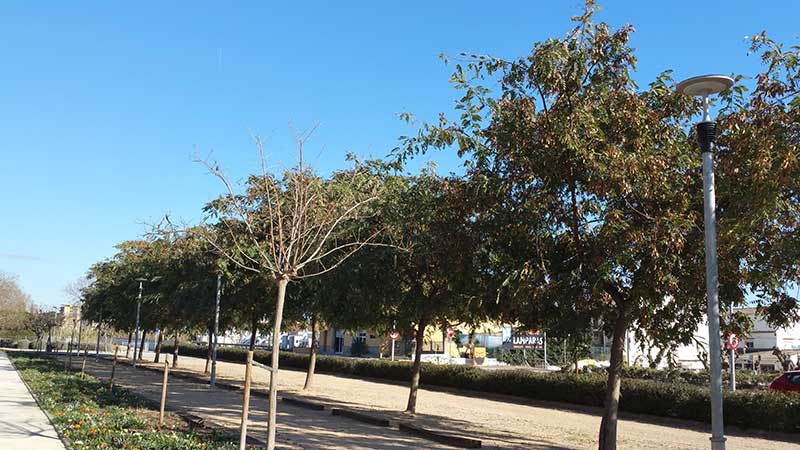 The streetlights or led lighting are part of the landscape of our towns and cities. Also of many sections of road with high traffic density that are illuminated to facilitate movement at night. In Spain we have 8.8 million points of light, with an average power of 156 watts per point and 4,098 hours of annual use, which represents an electricity consumption of 5,296 GWh / year – approximately 2% of national consumption – and a cost for municipalities of about 795 million euros per year.

Fortunately, technological development and innovation in lighting systems have led to the change of luminaires, lamps and dimming equipment to more modern ones offering a high potential for energy savings.

The new facilities no longer project the light to the sky, like many of the traditional street lamps, but to the streets we walk on, so that we use public lighting more efficiently and avoid light pollution that had made us forget that the sky is full of stars.

In the first call for the aid program for the renovation of municipal outdoor LED lighting installations, which closed in May 2016, 65 applications from city councils were approved for an amount of 64.7 million euros. At the moment they are in the execution phase and will allow the 2.4 million citizens living in these municipalities to have better lighting quality, and the coffers of their municipalities can save 8.4 million euros and 56,200 MWh of electricity.

There is already a second call underway, with an initial budget of 28.7 million and later expanded by 20 million euros more due to the success of the call, which will be open until April 2018. The objective is the same: continue with the total or partial renovation of the municipal outdoor LED lighting installations to reduce their final energy consumption and CO2 emissions. And we are not talking about small savings, no. In fact, the actions eligible to obtain the aid contemplate a reduction in electricity consumption of at least 30%.

But the savings can be much greater thanks to LED technology, which has become dominant in the industry. In 97% of the proposals received in the first call, the replacement of traditional lamps with other LEDs was included. This simple gesture implies that the average power of the light points to be changed is reduced from 156 to 58 W. This already represents a saving of 63%. To which should be added the additional savings from the hourly flow regulation systems, which have also been foreseen in most cases. Adding both measures could lead to savings of between 65 and 80%.

The technological change brought about by LEDs has been of such a caliber that no other action to reform energy-consuming installations can offer similar savings figures. A more than convincing reason to encourage all administrations to join the challenge of transforming thepublic lighting of their towns and cities.Contact us!