The Foneria metro station, in Barcelona, ​​sports new lighting with an elegant and pure design thanks to Geminy luminaires, a revolutionary lighting system based on LED technology.

Many subway systems in the world are often associated with non-memorable spaces, dimly lit, monotonous and packed with agitated passengers, who barely stop to look at an advertisement or an architectural design on the platforms, while they wait for their train, leaning against gray walls. . We present a new system, Geminy Luminaire.

TheSTUDIO DANI FREIXES – VARIS ARQUITECTES, has broken with this topic with a project that has created new lighting for architecture and design in underground environments, in this case, in the Foneria metro station. Luxes has provided Geminy with a revolutionary system based on LED technology in this architectural project.

Foneria is a Barcelona metro station where the L10 South line trains stop. This station is part of section 2 of the L9 / L10 that is located on the Paseo de la Zona Franca, between Calle de Fundición and Plaza de la Marina de Sants. It has 3 accesses to the free zone walk. The station opened its doors on September 8, 2018 along with the FOC station.

It is here where LUXES integrates safety and comfort for travelers and for personnel working in underground infrastructures by improving lighting performance.

Geminy luminaire, at the forefront of energy efficiency in Barcelona Metro stations 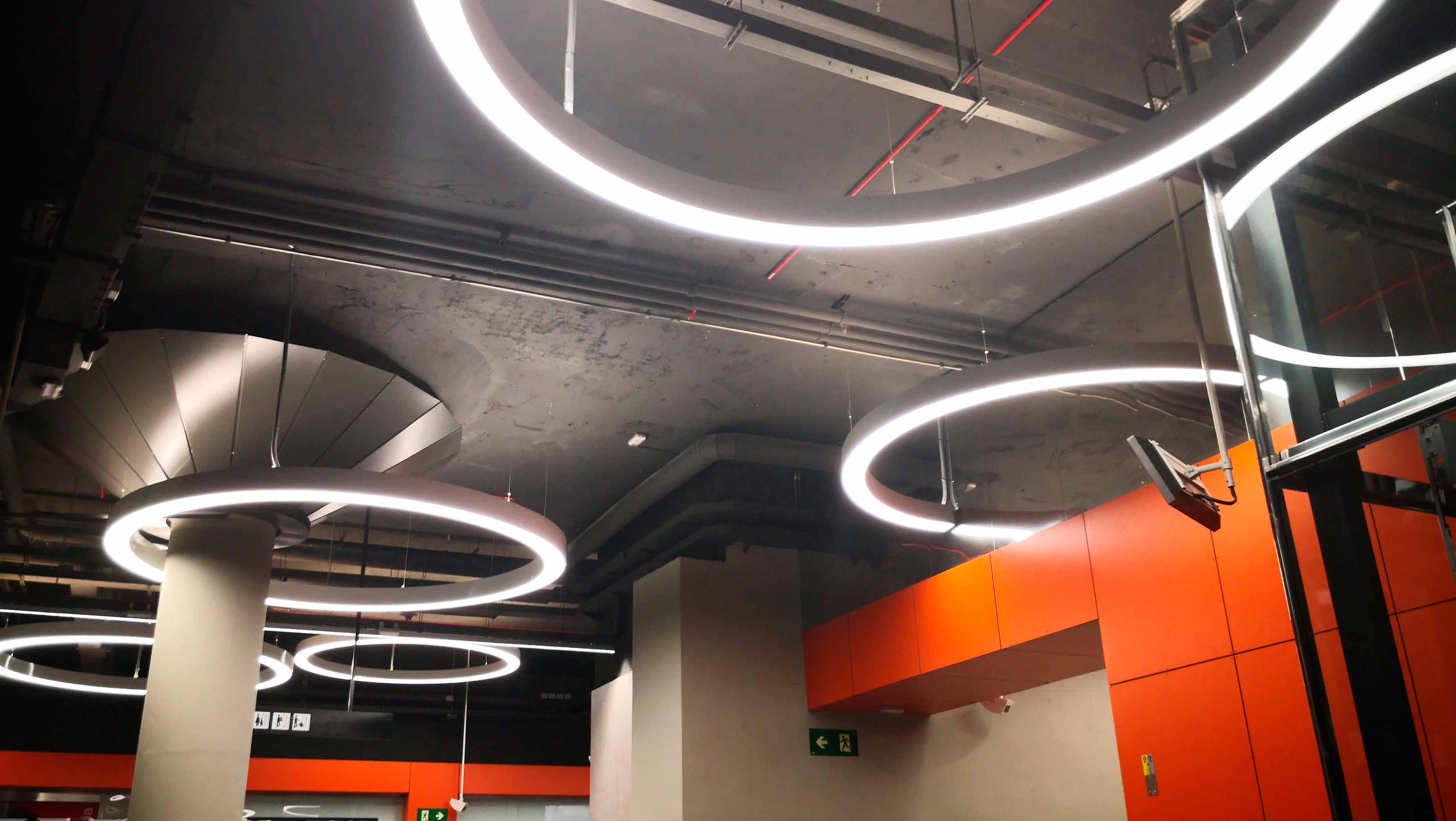 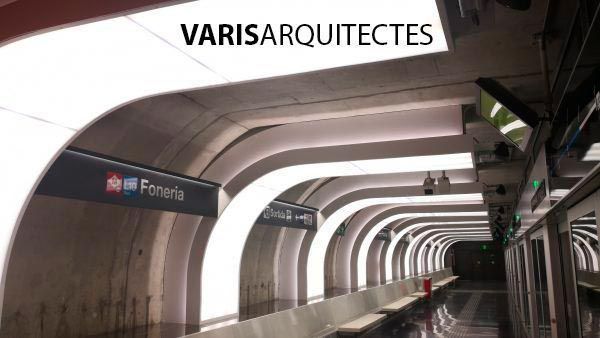 The protagonist has been a lighting design by ESTUDI DANI FREIXES – VARIS ARQUITECTES, technically developed by LUXES with an LED system called Géminy. Thanks to this fruitful collaboration in the revolutionary and innovative design, the Foneria station has been endowed with a beauty and energy efficiency that will reduce the current energy consumption of the station by half.

The modernization of the Foneria metro station is one of the commitments and goals set by LUXES to improve the quality of service provided by the line to travelers, replacing conventional lighting with LED technology. In addition to its many ecological and energy advantages, this lighting considerably improves the experience of travelers, offering them great visual comfort.

With this change in lighting technology, which far exceeds previous filament, fluorescence and low consumption technologies, the useful life of the luminaires is much longer, which prolongs the replacement time of the same and therefore, dramatically reduce the waste generatedby the Metro Foneria by two thirds and the CO2 emission by more than 50% in terms of lighting.

With this initiative, Metro de Foneria counts on LUXES as an ally to take a further step in its commitment to be pioneers in optimizing available resources, improving its facilities and generating energy savings that avoid the emission of polluting waste.